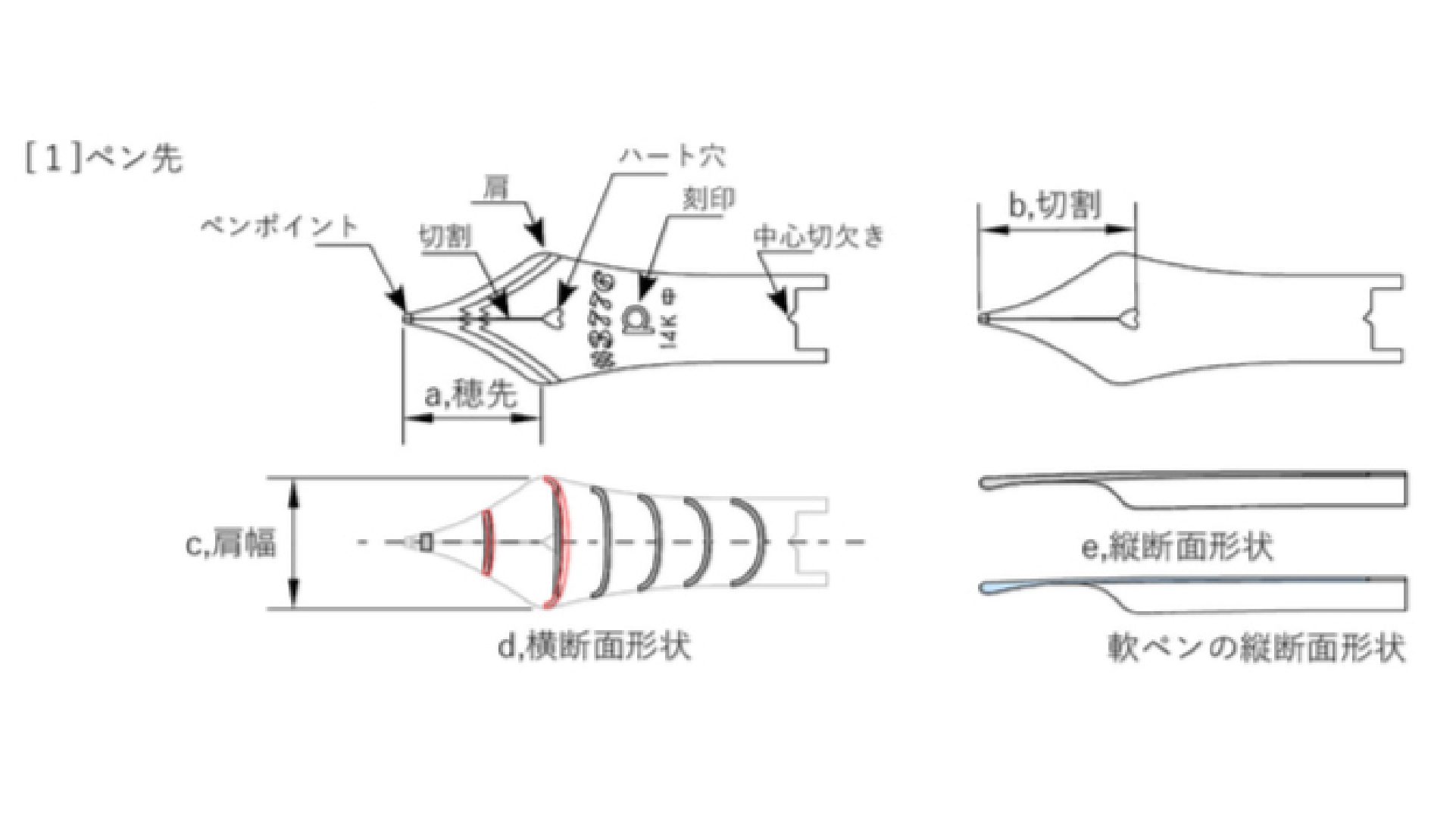 A commonly used fountain pen consists of six parts: a pen, the core, the neck, a shaft, a cap, and a cartridge ink.
The pen is manufactured by applying 58.5% pure 14k gold along with silver, copper and nickel to form its shape of the fountain pen.
Gold alloys are often used in pens due to its resistance to the acid of the ink and have the desired stiffness for writing.

Also, the pen has a special function called the pen point made from a hard alloy that can withstand the friction of the paper. The powder consisting iridium and osmium is instantaneously heated allowing to create the ideal rounded shape for the pen point. This is then welded to the tip after creating the dents that the ink will run and later sharpened to create the smooth touch for all writers.
Another significant part of the fountain pen is its core. In this part, there is a specific dent where it controls the amount of ink running and a ‘dam’ where excess ink is stored. To this day, its stable performance is maintained due to its injection molding mechanism and the core is specifically made for the ink to adapt to the entire function.
On the other hand, the shaft and the cap is made of metal and resin, but acrylic resins are now more favored with excellent gloss and touch, of which it also implements the injection molding mechanism. At the same time, it embeds nuts and bolts to ensure its quality.
Easy and convenient, the clip also functions as the grip to stop rolling off the desk and is stamped and formed from metal with a spring by press working and finished with a touch of gold plating.
All of these parts are manufactured separately and hand-sharpened one by one before it gets assembled and then later gets shipped after ‘creating’ the pen.